Whirlpool Galaxy Also known as M51a and NGC5194. The smaller galaxy in the lower right is a companion galaxy known as NGC 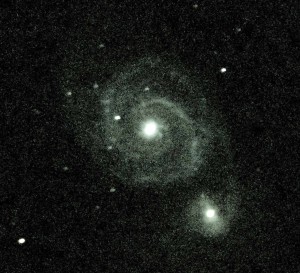